Eating fish is one of the recommended options by the FDA for a healthy diet. Fish is filled with proteins and low-fat, and some fish provide your body with omega-3 fatty acids.

That said, there are over 30,000 living fish species, and not all offer the same nutritious benefits. Among the species, one of the most popular species in the world is salmon, with over 63% of Americans who eat fish choosing salmon over other fish species.

Why do people love salmon so much?

Almost every non-vegan restaurant has salmon on its menu. The demand for salmon is higher than the demand for other species, and any hotel owner sees it necessary to include it on their menu.

There are many reasons for the increased demand for salmon, but they all boil down to the fact that salmon is very nutritious. It is an excellent source of protein, and most people desiring to lose weight often add salmon to their diet. The high amount of protein in salmon can also make your bones stronger.

Additionally, salmon is rich in vitamins B1 and B12. Vitamin B is proven to boost the functioning of one’s brain. Also, salmon contains selenium which is vital in protecting bones and decreasing risks of developing cancer.

Finally, the benefit that salmon is highly hyped for is that it provides omega-3 fatty acids. As aforementioned, omega-3 acids have many benefits to the body.

The Types of Salmon

There are eight major types of salmon in the world. Seven of these species occur in the Pacific Ocean, with five of them occurring in North American waters. These five species include Coho, chum, pink, sockeye, and Chinook. Two of the Pacific Ocean salmons, Amago and Masu, occur only in Asia.

Then, there is one type of salmon in the Atlantic Ocean known as the Atlantic salmon. However, one of the major distinctions about salmon is often between wild-caught and farmed salmon.

What is the difference between wild-caught and farmed salmon?

The difference between the two is as clear as it sounds. Wild-caught salmon is caught in the seas, oceans, and rivers, while farmed salmon are brought in a farm designed specifically for raising them.

This difference might seem minute, but how the salmon are raised and caught can affect their texture, taste, and even their nutrient content.

Generally, farmed salmon are grown in homemade dams and tanks. They are bred so they can be eaten. Different farmed salmons can have different textures and varying nutrients, depending on the diets they are put under.

On the other hand, wild-caught salmon is in the wild and is caught using nets, hand lines, and traps. Unlike the farmed ones, these grow in a natural environment and are not given additives or specific foods. There are various types of wild-caught salmon, and the wild Alaskan sockeye salmon is one of the most popular options, thanks to their better ratio of omega 3 to omega 6.

Wrapping Up: Which should you choose: farmed or wild-caught?

Wild-caught salmon is often rich in omega-3 fatty acids. However, the amount of omega-3 fatty acids each salmon has depends on the kind of plankton and algae they take. Wild salmons come with a lower carcinogenic risk compared to the ones raised in tanks. Additionally, wild salmon have lower levels of dioxins, especially the ones caught in the Pacific Ocean like the wild Alaskan sockeye salmon.

However, wild-caught salmon still has a few cons, including some salmon may contain mercury plastic debris, and they range on the levels of nutrients based on what they eat. Farmed salmon is also rich in omega 3, but they have a few cons, such as a higher amount of saturated fats, antibiotics, and added red eye, which could harm your body.

On which option you should choose, you should consider the environmental and nutritional factors. But in most cases, wild-caught salmon often have the upper hand because they are not fed with additives and antibiotics, unlike farm-raised salmon. So, if I were you, I’d choose the wild-caught option.

Apart from this if you are interested to know about The Differences Between Wild Caught and Farmed Salmon then visit our Food category. 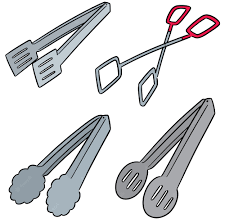 What to Know About Kitchen Custom Tongs