Are you a gamer? I imagine you have a lot of fondness for Smite if you answered yes. A variety of age groups enjoy playing this game. It’s no secret that there are gods too. Who are gods? Characters like these are considered gods in the game. The mythologies they follow differ widely. Any time of day is a great time to play the game. The following are the best Smite gods, which I will cover in this article.

MOBAs, or multiple online battle arenas, are games in which a map is provided, and players fight according to rules imposed on that map only. Each player has a character or god appointed to them. Each of these characters has a unique ability.

Hi-Rez Studios is the developer of the game. The plot and basic gameplay go, it is similar to Dota 2 and League of Legends. When it comes to popularity, the game is rapidly growing.

Set of abilities for each Smite God

Each God in the Smite video game possesses different abilities that distinguish them from the other crowd in the game. The ability of the Smite God is actually the way how God plays in the game. Thor has abilities to stun and damage his enemies, while Loki is about huge spike damages and sneaking. Abilities are often modified into them also. Some abilities also got modified with time, with their new versions. These kinds of bonus modifiers are applied to every ability in the game available. For example, what stats will make them stronger? These abilities are a part of every game mode.

Which smite gods are best for the solo in conquest?

The characters in Smite are incredible and mythical. However, following the latest updates, these are currently the top 5 Gods in Smite.

Smite players are accustomed to numerous changes in Meta every time a new season begins. Character strengths and weaknesses are affected by new items, a new map, and god balance changes. Last season’s gods may have become obsolete, or they may now be better than ever. The following are the details of the best smite gods for the solo in conquest and the best smite gods for beginners in 2021.

The Egyptian crocodile, a perennial favorite in Joust, shows off his skills in the new conquest map. Sobek is one of the few gods who can control space. In his first ability, Sobek charges forward and throws any enemy god he comes in contact with behind him for the rest of his team to deal with.

In a team fight, Sobek stands out as an engaging character. Pluck is one of the most effective ways of starting a fight. Compared to smaller lanes, plucked gods have less chance of getting to safety over jungle walls. In his second ability, he has a great disruption tool that allows him to run down an enemy carry and peel for a team. Combining his three and ultimate allows him to sustain himself in combat while dealing out massive amounts of damage or to escape a missed attack.

2.  God of transitions and portals, Janus

Due to Janus’ inconsistent damage, he has struggled for some time. As a result of the recent changes to Janus’ 2, he can now deal easy-to-confirm damage at any skill rank and has much better general stats. Janus’ projectiles were previously capable of weaving between enemies. There is now a chain that deals damage between the two damaging spheres, making the ability much harder to juke.

A key strength of Janus has always been his ability to move around the team, and the new map allows him to do just that. Due to his ultimate ability, the enemy team will find it hard to trick him or do an objective uncontested due to his ability to move his entire team quickly. As a result, anyone struck by his ultimate will suffer massive damage, which will put them at an immediate disadvantage in their next confrontation.

Continuing his reign at the helm of the solo lane is the human Beyblade King Arthur. In the upcoming patch, King Arthur’s lane bullying potential will increase even more since bluestone pendants will gain health. Even with jungle support, he will not only be able to do a lot of damage but also be fairly tanky. Even more offensive starter items can be added to make him the ultimate annoyance against the enemy team.

During the mid and late games, King Arthur’s primary objective is to annoy and destroy the enemy carries. Having the Stone of Gaia will ensure that he stays in the fight for a long time because he has various abilities. Build that build to solo the enemy carries with Gladiator’s Shield.

Despite having multiple build paths that are all good, Nemesis has always been fairly unique. In addition to being an auto-attack character, she can also be built as a tanky bruiser. Her versatility allows her to excel on any team composition and makes her difficult to counter. She has a powerful ultimate ability that steals up to 30% of their protections and health in addition to slowing them.

In the new map, mobility is key to efficiently and quickly farming the jungle. As someone who can steal solo lanes and get a solo laner ahead with her ultimate, Nemesis is excellent at killing squishy characters with her normal abilities. A Nemesis can escape a character who wants them dead with two dashes and multiple slows.

The Cthulu game is truly an eldritch horror experience. In his role as a guardian, he possesses some of the strongest defensive stats and crowd control techniques. Putting him in the solo lane gives players a god that deals great damage, can control the crowd, and move easily while having an incredibly high tank capacity. To take down an enemy Cthulu, any team will have to spend more resources and time than they would like to.

By using his ultimate, all of Cthulhu’s attributes are amplified. Suddenly, he becomes even tougher and does even more damage. Keeping grouped up during a fight will allow him to deal great damage to entire teams. Cthulu’s ultimate ability is one of the few “I win” buttons. Team fights can be difficult when you have a very hard character to kill, deal great damage, and have great control.

What are the best gods to get a Penta to kill within smite?

Here is the list of the top best gods for Penta kill within smite.

Odin: The Ring of Spears

Thor is the god of thunder.

Apart from this if you are interested to know about Squid Games on Roblox then visit our Gaming category. 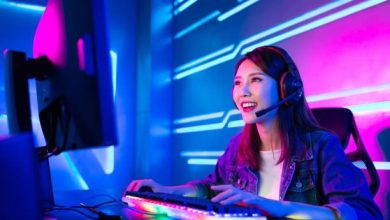 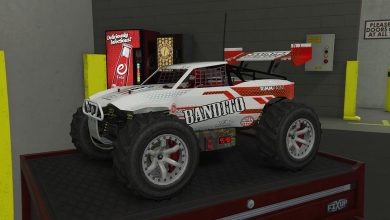 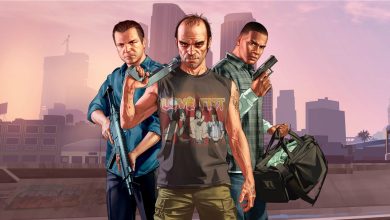